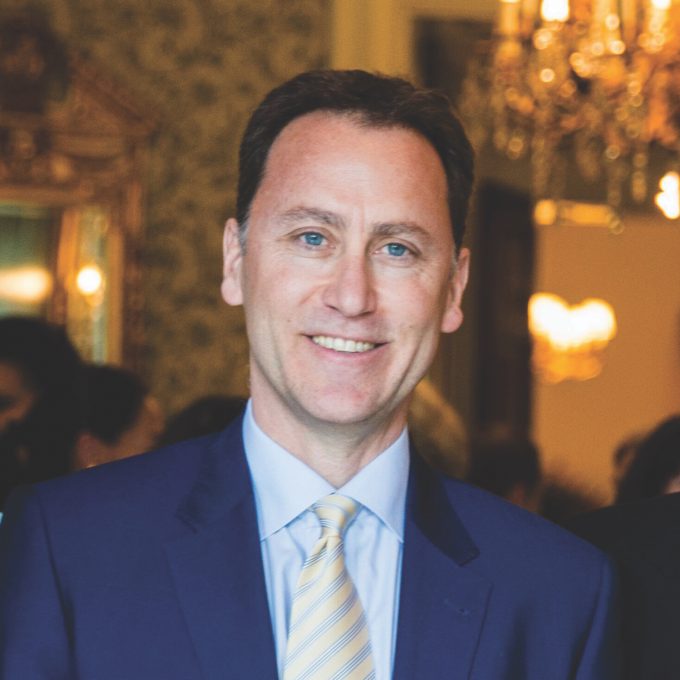 ORT UK Chair, Simon Alberga, has announced that he will be stepping down from the helm of the Board of Trustees at the end of this year. He will remain as a trustee and continue in his new role as Deputy President of World ORT. Simon’s successor will be Annette Kurer, who is currently ORT UK’s Vice Chair.

“It’s been a privilege and a richly rewarding experience to chair ORT UK over the past 12 years,” said Simon. “Over this time, I believe the organisation has taken significant steps to broaden its scope of activities and enhance the community’s awareness of who we are and what we do. I’ve greatly enjoyed working alongside a fantastic group of professionals and trustees, and I look forward to continuing to serve as a trustee of ORT UK. I wish Annette all the best as she takes over as Chair in January.”

Simon was appointed as ORT UK Chair in January 2009. In his 12 years in the position, Simon has been actively involved in the launch of several ORT UK projects, including the highly successful ORT JUMP Mentoring Programme – the brainchild of his wife Julia. He has also steered the organisation to raise in excess of £15 million to provide life-changing education for impoverished communities in several countries across the globe, including Israel, Russia, Ukraine and Moldova. Over the last few years, he has been instrumental in laying the foundations for ORT UK’s biggest ever fundraising project to renovate the Kfar Silver Youth Village, near Ashkelon.

The announcement was made at a Board meeting, where fellow trustee Mark Mishon commended Simon on his “dynamic” leadership. He said, “as an international and committed member of our community, Simon leapt aboard and added value, focus and relevance to the ORT mission, leading from the front.  All this whilst communicating ORT’s message to supporters, old and new, by making our events entertaining affairs and by ensuring that everyone shared his infectious enthusiasm to help educate children and offer them a chance of a secure future.”

Dan Green, the newly appointed Director General and CEO of World ORT, was recruited by Simon in 2012 as CEO of ORT UK and is equally full of praise. “Simon has been a remarkable leader for ORT UK. The organisation today is unrecognisable from where it was when he stepped up as Chair. It is now a household name in the UK Jewish community, raising millions for ORT causes around the world and has created, in ORT JUMP, one of the community’s flagship programmes for young people. I am delighted that in his World ORT role, his contributions within our organisation will continue for many years to come.”

Current CEO of ORT UK, Dan Rickman, has worked with Simon since his appointment in 2018.  “I will be forever grateful to Simon for trusting me to take on my role,” said Dan. “I have learned so much working from him and been inspired by his dedication and commitment to the organisation. I am incredibly proud to work for ORT UK and continue the legacy that Simon and the other trustees have built. I wish him every success in his new role at World ORT.”