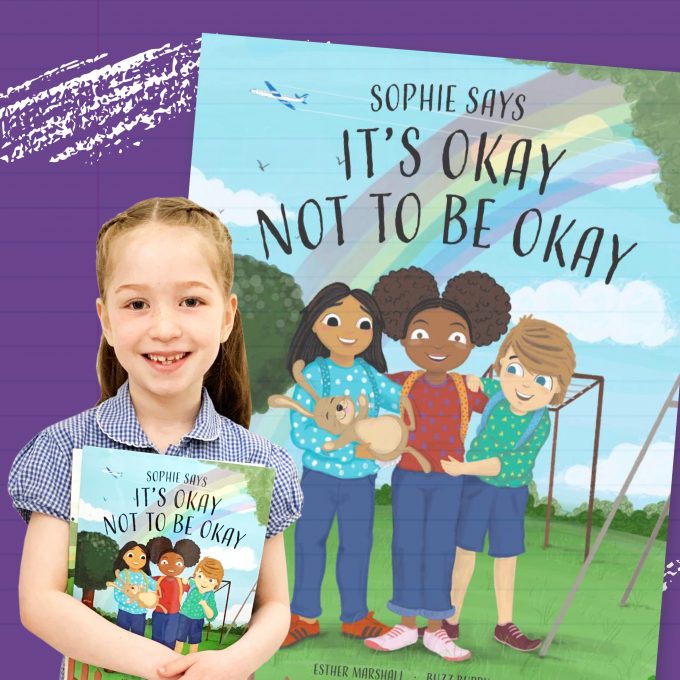 ORT UK believes that educating children about the importance of looking after their mental wellbeing is a vital life lesson, made even more pertinent as we deal with the impact of the pandemic. That is why ORT UK is running an exciting campaign to promote children’s mental health awareness within the Jewish community, through story books.

ORT UK is working with author and activist Esther Marshall on fundraising to get 7,000 copies of Esther’s book ‘Sophie Says It’s Okay Not To Be Okay’ and ‘Sophie Says Activity Book’ into all UK Jewish Primary Schools (for Reception to Year 3) and the global ORT network of schools.

Our six week fundraising and awareness campaign is in partnership with; Beyond, PaJes, PJ Library and The Jewish News. The highlight of the campaign is an interview with Esther Marshall and broadcaster Claudia Winkleman which you can watch online for free.

The inspiration behind Esther’s books is the continuation of her sister’s legacy following her tragic suicide, after a long battle with mental illness aged only 28.

Claudia will be talking candidly to Esther about her personal journey and the importance of breaking down stigmas and teaching the next generation about their mental wellbeing.

Esther’s books focus on mental health and wellbeing, and have been championed by The Duke & Duchess of Sussex, educational psychologists and the press alike. Esther’s most recent book – ‘Sophie Says It’s Okay Not To Be Okay’ was written in memory of her younger sister who tragically died by suicide after a long battle with mental illness.

Following the impact of the past year on our mental wellbeing, we believe that ‘Sophie Says It’s Okay Not To Be Okay’ is an invaluable resource for your schools.